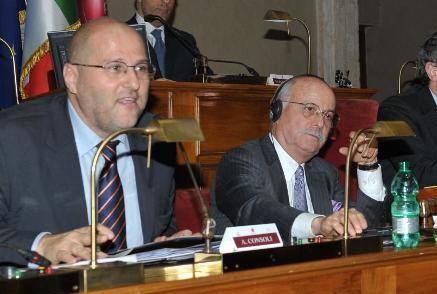 The European crisis is not a financial or a debt crisis.

The European crisis is the terminal crisis of the Second Industrial Revolution, the age powered by oil that was based on the anti ecological principle of burning fossil fuels, rather than exploiting the direct solar irradiation.

This has produced the climate change problems the IPCC has just drawn attention to, with their fifth assessment report, and shows that this fossil economic model has now reached the limits of its efficiency, because to function properly it requires massive capital intensity and centralized scaling efforts that created a very centralized economy and society in which a few world wide energy and financial groups hold in their hands enourmous wealth and billions of people live under the poverty treshold.

To solve this crisis we need a new Third Industrial Revolution economic model in which energy is produced respecting the laws of thermodynamics. This will be also a great opportunity to re-distribute wealth on the planet.

It is not just a matter of green energy but we have to cover the whole spectrum of the Third Industrial Revolution technologies and speed up the transition to a fully integrated zero marginal cost digital economy in which the Communication Internet converges with a digitalized renewable Energy Internet and a digitalized Logistics and Transportation Internet, creating a super Internet of Things (IoT) platform for a Third Industrial Revolution that is going to fundamentally alter the global economy in the first half of the 21st century.

The build-out of an Internet of Things platform for a Third Industrial Revolution, connecting Europe and its partnership regions in a single integrated economic spacethat will allow billions of people to produce and share information, renewable energy, 3D printed products, and a wide range of services in Collaborative Commons at near zero marginal cost, with vast economic benefits for society is the next great step of the European integration.

The question is: does the new Commission realize the immense social and economic benefits that its citizen will receive if they re-orient their investiments in the frastructures of the future, the Internet of things, creating millions jobs in the next thirty/fourty years starting from tomorrow morning?

The Green New Deal Citizen Initiative "New Deal 4 Europe" is a good first step to go in this direction and effectively address this crisis hitting the causes of the problem rather than its effects, like austerity measures and financial stability programs have done so far.