President of the European Parliament 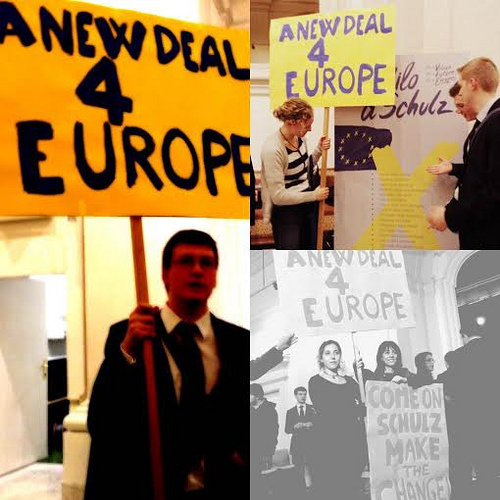 Martin Schulz, President of the European Parliament and PES candidate to the Presidency of the European Commission, answered to our letter sent to all candidates underlining he supports the content of our initiative, but he think it would not be appropriate to explicitly support it at this point in the political campaign.

Here the full text sent us by his bureau.

As you are certainly aware, our PES family believes in the strength of the European Citizens’ Initiative, which represents a powerful instrument, complementing and reinforcing European democracy. It is an instrument that was promoted by our party, notably through the work of our PES Women President and MEP, Mrs Gurmai, who as co-rapporteur for the European Citizens’ Initiative (ECI) worked hard to make this a reality.

To enhance the European Union’s credibility, we need to strengthen the democratic rights of European citizens and the ECI is a way to renew and reinforce citizens’ involvement. Thanks to this new instrument, citizens now can directly call on the Commission to make a legislative proposal. In addition, the ECI could encourage public debate by developing citizens’ interests in and knowledge of European policies and politics.

We certainly appreciate very much your initiative, which falls very largely in line with our main commitments as reflected in the PES manifesto for the 2014 European Elections, and indeed with the political priorities that we have been promoting in the last five years. As you know, the PES and Mr Schulz have been fighting since the beginning of the crisis for a return to growth, for investment, for an end to the austerity-only policies that have led millions of Europeans to unemployment.

At the same time however, we are wary that the ECI should remain a tool in the hand of citizens. We are concerned that in this electoral period, the explicit endorsement by Mr Schulz as Common Candidate to the post of European Commission of an ECI would risk being instrumentalised by some. Therefore, while we very much support the content of your initiative, we feel that it would not be appropriate for Mr Schulz to explicitly support it at this point in the political campaign.

Needless to say that, as European Commission President, one of Mr Schulz’s main priorities would be to relaunch growth, to create jobs, and to promote growth-inducing investments to put an end to austerity-only policies. As it is needless to say that he would remain a firm supporter of the European Citizens Initiative as a tool to bring citizens closer to European decision-making.