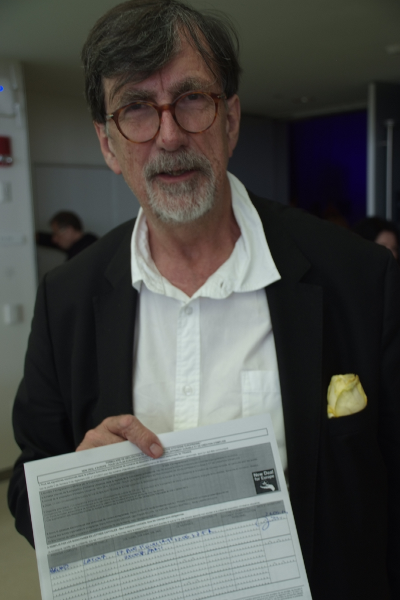 In the last two decades Latour has been experimenting through arts and politics new way of addressing the ecological crisis of our planet or, as he puts it, of "facing Gaia".

He was in New York City on September 21 at the People'S Climate March, where people took to the streets to demand action to end the climate crisis. Latour was really glad to sign for New Deal 4 Europe, the European Citizens' Initiative that asks for a European special plan for sustainable development and employment through a financial transactions tax and a carbon tax. "It is the first time I sign a petition. But a European Citizens' Inititiative is much more than a petition. It is a concrete way to take action for ecological democracy", he said.