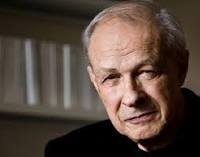 Conferences-Debates with Michel AGLIETTA in Brussels on 29 & 30 September, 2014

These conferences were initially planned on last June 5, 2014 and unfortunately had to be postponed at the last minute.

Now they are planned for the dates as indicated above.

Michel Aglietta is a French economist, a specialist in international monetary economy, known for his work on the functions of financial markets. He is one of the first to sign the Manifesto for a European Plan for sustainable development and employment written when we were still in the preparatory phase of the formal recognition of our citizens' initiative by the European Commission. Beginning of 2014, he published (Edition Odile Jacob) a noticed and remarkable book under the title: UN NEW DEAL pour L'€UROPE !